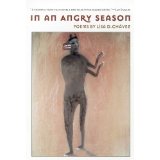 A white woman navigates her fear and uncertainty to learn the ways of the people she called savages, until she begins to dream “in Dakota, syllables sliding / on my tongue like tender pieces of meat.” An African man, on display as a cannibal at the World’s Columbian Exposition in 1893, sees into the future: “humiliations heaped up / as on overfilled plates . . . / . . . a country that casually / consumes its own.” A woman holds the gray-blue barrel of a gun in her mouth, “the taste familiar / as her own blood.”

With an unexcelled command of narrative verse, Lisa Chávez tells the stories of American lives across more than a century. Whether retelling nineteenth-century captivity narratives or depicting contemporary American women confronting addiction and despair, Chávez investigates issues of identity and self-definition in the face of an often harsh and unremitting history.

Her story-poems explore the ways in which people have been made captive—whether to racism or national policy, to bad marriages or alcoholism, to poverty or emotion—from the Inuit woman birthing a son among strangers to the wife now deranged by desire for another man: “He’s the smoky slow-burn of chipotle on the tongue. My golden idol. My gospel revival. He’s hashish sweet and languorous—my body’s one desire.”

In the end, Chávez shows us a New World of promise in which an alchemist’s assistant summons stories from stones by calling their names with “clicks of her tongue, / syllables of silver, turquoise, and jade,” and a Native woman discovers her true power in an Alaskan bar. Passionate and political, In an Angry Season is a work of startling depth and breadth—an American history in poetry—that asks us what it means to be civilized.

“A powerful, haunting, eloquent collection . . . This is first-rate narrative poetry from a poet who does her homework and understands the power of words–and history.” —Tulsa World

Rooted in the harsh and dramatic landscape of Alaska, these are poems about women’s lives–women in and out of love, abandoned, angry, or making do.  The women who speak in these poems include murderous mothers, young prostitutes, grieving widows, dog breeders, dreamers.

“Destruction Bay is a book, sometimes gentle, that balances on the violent edge of a hard America.  The poems dwell in the extremes; toughness and innocence, victim and victimizer, seawater and nettles.  Chavez’s poems are piercing and sharp as a northern winter, and always they are only a word away from devastation.”  –Linda Hogan